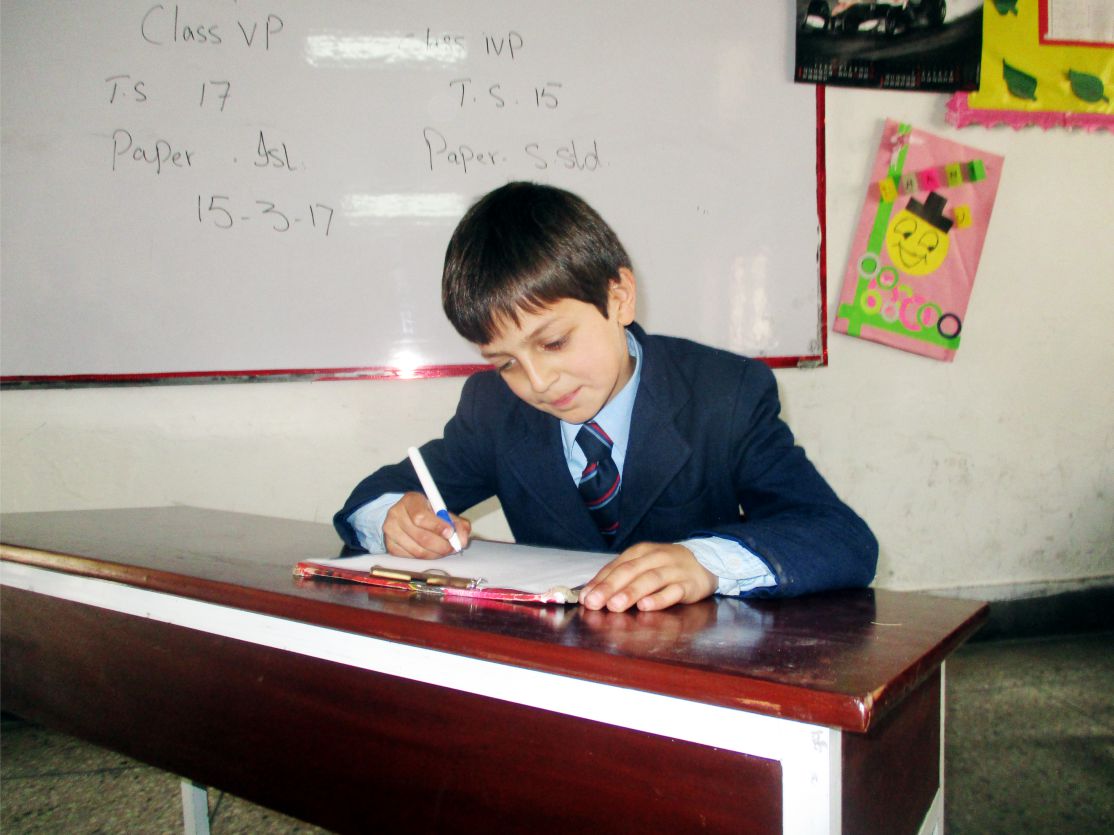 Pakistan Air Force (PAF) being a dynamic defence organization is poised with multifarious challenges due to its distinguished role and task vis-Ã -vis other organizations of the state. Absorption of substantial human resource put in a claim for certain requisitions including the educational structure in the forefront for wards of PAF personnel. Education for the children of our manpower had always been a focused objective. Keeping in view transfer, as well as, posting difficulties from one base to the other, PAF established a network of Fazaia Schools ; Colleges in 60s. Gradually up gradation from schools to colleges took place, which not only enhanced peace of mind, devotion to duty and loyalty to service of PAF personnel, but also helped a big segment of population residing in the vicinity of PAF bases to avail the facility of educational environment of Fazaia chain. In 1980s, 16 schools were upgraded to intermediate level and in 1990s, 06 Intermediate colleges were raised to degree level to cater the higher educational needs of the wards of PAF personnel. Presently, Pakistan Air Force in a self sustained capacity takes on board a total of 23 Fazaia Institutions that comprises 06 Degree Colleges, 16 Intermediate Colleges and a Model School.

To keep pale with the progressive age and providing true modern academic seats of learning, computer laboratories and state of the art Physics, Chemistry, Biology laboratories, resource rooms, model classrooms and regional corners have been added in all of the Fazaia Schools ; Colleges.

To manage the affairs of Fazaia Educational chain a separate Directorate of Schools ; Colleges was established in 1996. Though comparatively young and burgeoning, it has successfully conducted its role and task in improving academic and administrative expertise of Fazaia institutions. Being cognizant of the cause and effect relationship the Directorate transfigured the teaching learning paradigm from rote to cognitive based teaching / learning by facilitating administration of Fazaia chain. Federal Board of Intermediate and Secondary Education (FBISE) results of SSC ; HSSC students are self-evident of the all out efforts generated by this Directorate.

Fazaia Schools and Colleges are recognized as one of the premier English Medium chains of educational institutions of the country, on the highway to progress due to untiring efforts of its trained and skilled teaching and non-teaching work force.

The rich history of Fazaia Degree College, Peshawar begins in; April, 1960 when it emerged as Peshawar Model School. With the passage of time, the institution grew in repute and it was upgraded to Inter level in 1967 and to Degree level in 1981.

Ever since, the College has been imparting quality education to both male ; female students right from Prep to Degree level.

With the grace of Allah, the institution comprises of three sections i.e. Junior, Senior and College. Each section is supervised by a separate head, has a self-contained building and a geographical entity. It works under the kind supervision of the principal.

Fazaia Degree College, Peshawar occupies a Central place between two main establishment of Air Force i.e. Air Headquarter and PAF Base Peshawar. This education estate covers an area of about 40533 sq ft. It lies in the neat and clean environment of the cantonment area and is easily accessible from all corners of the city.

To seek knowledge is a sacred duty; it is obligatory on every Muslim, male and female.

Pakistan is proud of her youth, particularly the students, who are nation builders of tomorrow. They must fully equip themselves by discipline, education, and training for the arduous task lying ahead of them.